Celtic tree of life – a peculiar form of tree of life tattoos, which, in their turn, are the forms of different tree tattoos.

In ancient times, when Celts were dominating the world, all the Northern Europe was totally covered by the thick woods. The great Caledonian Forest in Scotland, the forests of Ireland, the forest in South England.

With such surroundings it was not too strange that the forest and the trees were thought of as a very important thing for the Celtic tribes. Trees were considered to be the source of food, medicine, the material for building, the source for making fire, as well as the objects of spirit and culture. 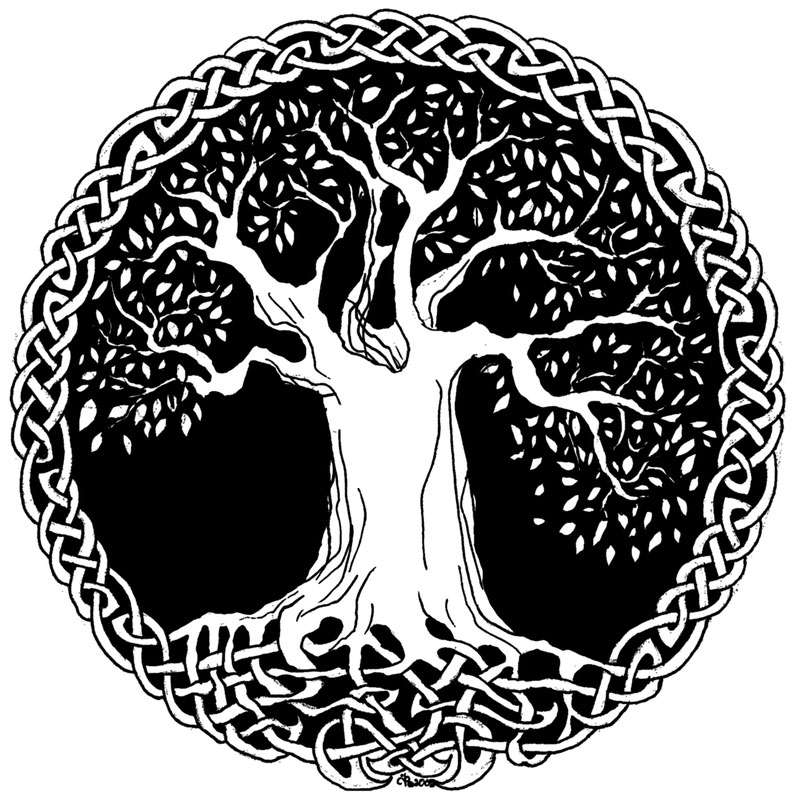 When some tribe made itself a space for the future settlement, people always put the big tree – the Celtic tree of life – in the middle of everything. Such Celtic tree of life was used to represent the unity of the tribe and its safeness. The druids, who were the sorcerers among Celts, as well as all the Celts themselves considered trees to be the peculiar nature symbol that possesses great wit and connects the heaven and the ground. The leaves and branches of trees, according to their understanding, are used to catch the energy of the ruler of the sky – the Sun, and then use the trunk to transmit this energy to the roots and afterward to the ground – the symbol of the physical world.

That's why the Celtic tree of life tattoos are nowadays considered to be full of deep meaning. Sacred trees possessed some magical properties. Celtic understanding of Tree of Life can comprise many different trees, most of which can have their own special meaning. In one of the earlier myths about the Ireland foundation there is a tale about the giant who came out of the “orbis alie” with the branch of the tree on which grew apples and nuts together. This giant was called Treochair. He threw those fruit on earth, where they were gathered by people and then grown in the center and the four parts of Ireland, so that they grew up and became the sacred trees.

There are a lot of legends that are highly connected with the Celtic tree of life.

The tree of life by Jen Delyth is known to be absolutely original thing, that is not based on any ancient or modern example of the Celtic art. It is the personal interpretation of the original Celtic Tree of Life. The branches of this tree reach heaven and the roots are going deep into the ground, but also they are tied together and this is known to symbolize the connection between all things in.