The main meaning of all the tree tattoos

Tree tattoos nowadays are rather popular. The tree is associated mainly with the tree of life, or, as it is called sometimes, the cosmic tree that can be met in all the cultures of the world. The tree usually symbolizes our connection with the God, the cycles of life and the development of human beings and their personalities. The branches of trees in the tattoo are usually meaning the ideas and thoughts that were passed to us by our ancestors and the roots symbolize another world and the souls of the dead people.

The main meanings of the tree tattoos are known to be wit, mental and physical strength, beauty, eternal life, inspiration, resurrection and immortality, longevity of life and stability, the striving for development and understanding of themselves. 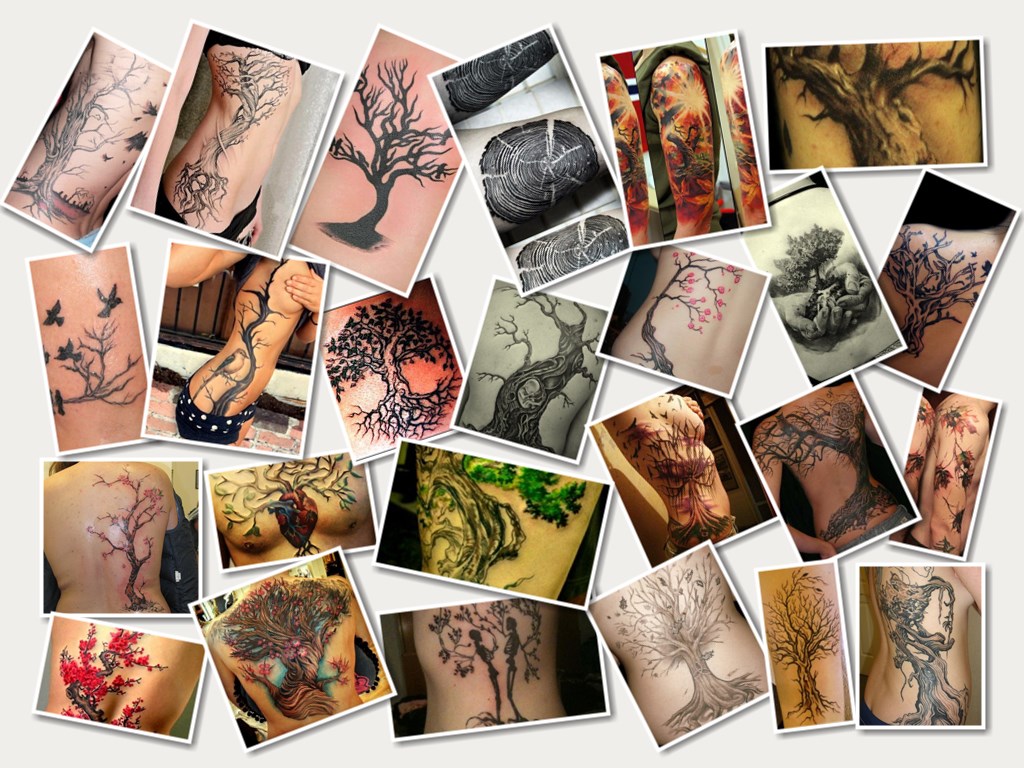 In the Chinese myths the tree was depicted together with dragon or phoenix and thus was bearing the meaning of immortality, and because of the fact that the trees usually lose leaves and in spring grow another ones – they symbolize regeneration and resurrection.

The lost tree with dead branches is associated with a loss of close relatives and their souls. Sometimes people apply scars or carvings to the tree – such things usually symbolize the hard times in life. Tattoo here can be renewed with new carvings.

Nevermind what kind of exact tattoo (females usually prefer sakura, while males – oak) you depict on your body and what exact style your tattoo will have, the meanings will be somewhat similar. Sometimes the tree can be depicted with the fallen leaves, and sometimes – inside the circle that is known as the symbol of creation of the world. Usually such tree tattoos can be depicted on the back, on the hip, on the sides, on the forearm and on the belly.

So trees are known to have a rather deep philosophical meaning in many cultures and traditions. Our opinion is that the Scandinavian mythology here is the most interesting. According to it the creators of the world created man from ash and woman from alder. Some trees can possess immense size and properties. One of such properties is the great cycle of life – the age of the oldest tree on the planet is more than 9,5 thousands years.

In many ancient religions trees were the objects of worship and there were held different events with them among ancient Celts and druids. According to some beliefs every tree has its soul and can transmit energy. The upper part of the trees with branches give home to birds and animals and  the fruit of different trees are widely used for eating. Among the trees of life many different civilization can be formed, according to fantastical movies.

The main meaning of all the tree tattoos is the natural growth and development. Such tattoo says usually that its bearer is known as a personality full of harmony. Another meanings of such tree tattoos can include the ability for resurrection, regeneration and the overcoming of different hardships. It is rather logical that depending on such great variety of trees, each and every of them can have its own meaning. For example, among women such tattoo as the blossoming sakura is very popular – it is also called the Japanese cherry. This tree is known to be the symbol of Japanese culture and it usually symbolizes neatness, mystical beauty and can show famine energy. The ash-tree, on the contrary, as we can see from the Scandinavian mythology, can represent the masculine beginning. Some tattoos with the depiction of trees pass their bearer some qualities of depicted trees. For example, we can speak here about the stiffness of oak and the moves of the birch-tree. As a whole, the tattoo with the image of tree can mean stability, life and harmony.